On July 23, JNFL received the “Charles E. Pietri Special Service Award” from the Institute of Nuclear Material Management (INMM) at the 59th INMM Annual Meeting held in Baltimore, US. INMM is an international institute which has its main office in New Jersey, US.

It is an award given to an organization, a group, or an individual that has contributed to the development of safeguards technology and the advancement of knowledge for safeguards and nuclear material management. JNFL is the first private nuclear business operator who has received the award.

We think that our safeguards for the peaceful use of nuclear material and nuclear fuel cycle facilities implemented so far were evaluated highly by INMM and resulted in this award.

We will continue to aim for the establishment of a nuclear fuel cycle and make efforts to realize “Sekai-no-Rokkasho (Rokkasho in the world)”, which is part of our company principle, while pursuing the highest technology in the world.

Outline of the awards ceremony is shown below.

Note:
INMM is a nonprofit organization formed in 1958 in US which develops human resources, systems and technologies for nuclear security and safeguards for nuclear material accounting and non-proliferation.
NNSA, DOE, NRC and national laboratory in USA, IAEA, Institute of Physics and Power Engineering in Russia, EURATOM, JAEA, Korea Atomic Energy Research Institute, electric power companies, universities, etc. participate in this international institute.
INMM has 6 chapters in US, 11 international chapters (including INMM Japan Chapter), and 25 student chapters. 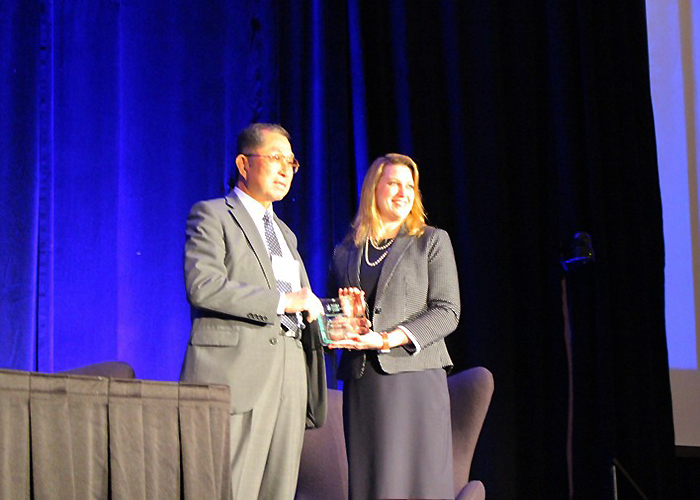 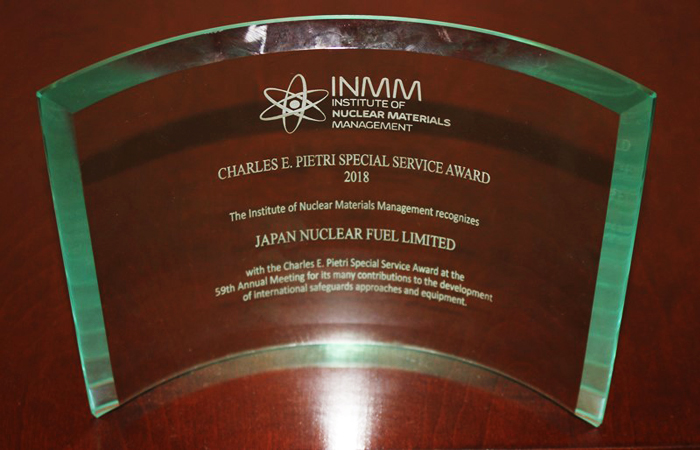 “The Institute of Nuclear Materials Management recognizes Japan Nuclear Fuel Limited with the Charles E. Pietri Special Service Award at the 59th Annual Meeting for its many contributions to the development of international safeguards approaches and equipment.”