The new centrifuge, which has been under development since FY2000, has had its ‘conceptual specifications,’ ‘basic specifications’ and ‘final specifications’ determined. Starting in November 2007, the Center commenced its hot testing, using UF6 gas, to confirm its cascade operation characteristics and separation performance. Following modifications including the use of composite material instead of metal for the rotator body, the new centrifuge has achieved the world’s highest level of separation performance, 4 to 5 times that of the conventional metal-body centrifuges. 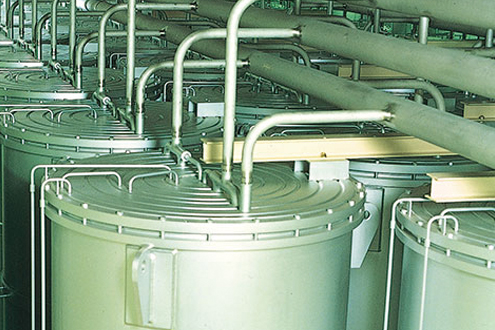 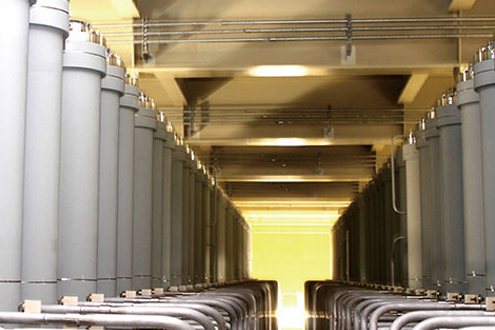 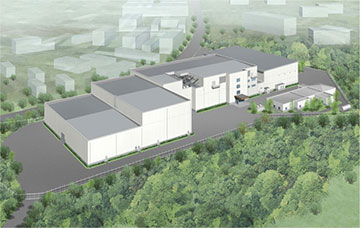 Present and into the future

Based on confirmed results of development testing, JNFL has decided to update centrifuges to the new models, replacing units with the capacities of 75tSWU/y (in two installments at 37.5tSWU/y each) in the RE-2 (450tSWU) in the initial introduction. Production operation for the first and second installments began in March 2012 and May 2013 respectively.
The remaining units will be gradually updated to the new model to achieve the production scale of 1500tSWU/y* in the future.
JNFL’s enrichment technology has already reached the world’s highest level, but the company will continue to engage in R&D to establish a solid position in the international market.

*SWU： Stands for ‘Separative Work Unit. It is a unit of work volume required for uranium enrichment. 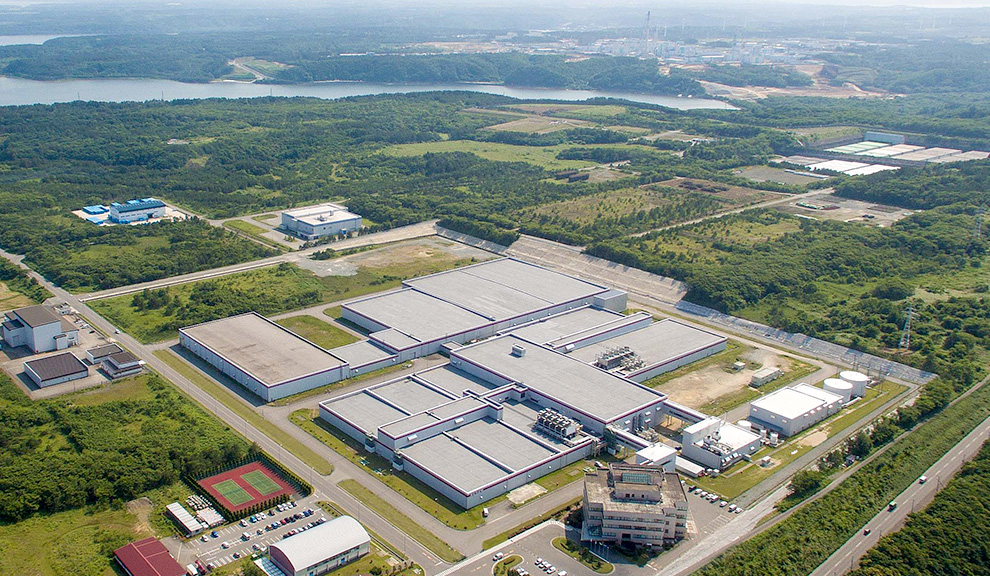 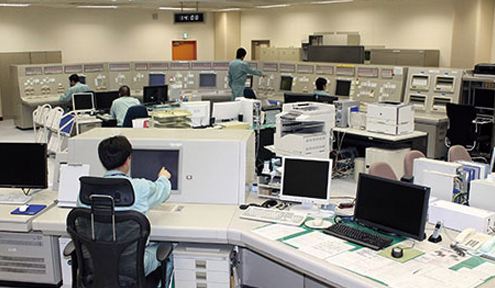 Since the resumption of vitrification testing in January 2012, JNFL has steadily covered testing items to confirm the glass melter’s operation stability. At the same time, since the current glass melter has the design service life of five years and requires replacement in the future, JNFL has worked on the development of a new glass melter to attain greater operation stability.
In October 2013, Vitrification Technology Development Facility was established on the Rokkasho Reprocessing Plant site as the base for R&D activities. Having the facility within the same complex is expected to make it easier to reflect a variety of knowledge and findings from vitrification tests to the actual glass melter swiftly. This facility is used not only for developing a new glass melter that reflects information / knowledge gained through efforts to overcome issues with the current melter, but also for conducting tests for confirming remote operability as well as for offering operator trainings. 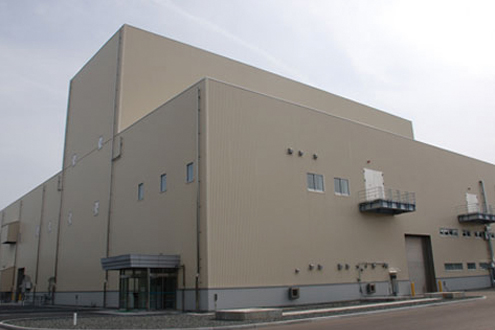 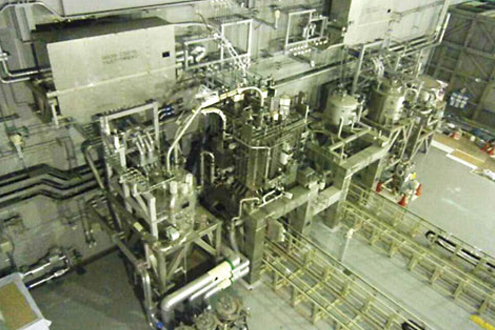 The key mission for new glass melter development is to reduce the sedimentation and buildup of platinum group elements, which is the issue of the current melter, so as to improve glass. flowability. For this reason, in addition to exploring melter structures and facility improvements, JNFL has worked on the development of a new glass material for further performance enhancements, i.e. reducing the bulk of vitrified waste and improving the melter’s operability.
In R&D, JNFL forged national-scale collaboration with experts from various fields, ranging from research laboratories to manufacturers including the Central Research Institute of Electric Power Industry, Japan Atomic Energy Agency (JAEA), Tokyo Institute of Technology, Shiga Prefectural University, Akita University and IHI, with funding from the Ministry of Economy, Trade and Industry’s subsidy program for advancing the spent fuel reprocessing program (FY2009 – FY2013).
The R&D led to findings that changing the melter base from the current quadrangular pyramid to a conical shape and increasing its gradient from 45 degrees to 60 degrees will boost glass flow, thereby addressing the issue of accumulated platinum group elements compromising flowability. There is also an outlook of developing a new glass material capable of filling a greater amount of high-level liquid waste. It has been decided to build a mock-up testing melter (K2MOC) and commence testing the R&D findings on the actual size and scale. 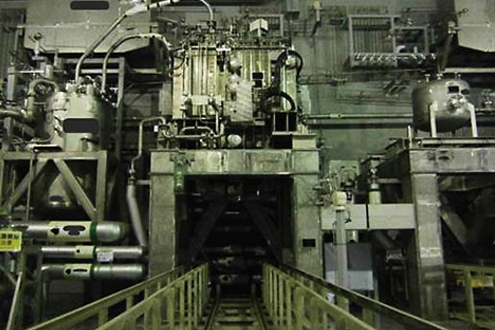 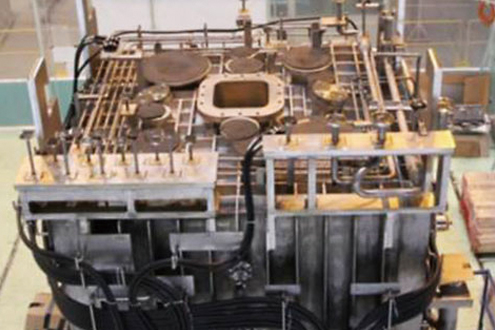 Numerous tests for building a vision for a new glass melter

From November 2013 to February 2014, Stage 1 of mock-up testing was carried out with the new K2MOC.
In the tests, glass temperature was successfully controlled at the target range, producing good flowability even after multiple trials, with no signs of the buildup of platinum-group elements at the melter’s base. Drain-out*4 left no glass or residual materials inside the melter.
In the first half of Stage 2 testing from November 2014 to January 2015, the mock-up melter was fed with glass beads and mock waste liquid that does not contain platinum-group elements in longer intervals for cleanup operation, with varying volume of un-dissolved residues, in order to confirm further improvement in flowability. The tests found that the melter could process 40 batches*5 without having to undergo a cleanup operation. This significantly outperforms the initial target of processing 30 batches consecutively with cleanup operations.
The fact that the melter was able to consecutively operate while avoiding the buildup of platinum-group elements at the base without cleanup operation, will amount to reducing the bulk of vitrified waste.
The second half of Stage 2 testing, conducted from February 2015 to May 2015, ended with confirmation that the melter could handle approx. 70 liters of waste liquid per hour, which is the government’s criterion for allowing a pre-service inspection, and cleared the design capacity of processing liquid waste generated from reprocessing 4 tons of spent fuel per day (800 tons / 200 days).

*4 Drain-out: Draining all the glass from inside the glass melter
*5 One batch: Operation to produce one unit of vitrified waste 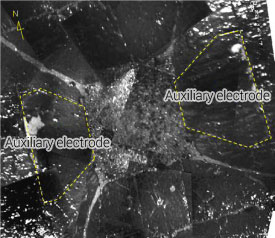 [Current melter]
Series B vitrification test during active testing in 2013 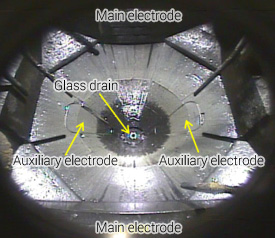 [New melter]
(After the completion of Stage 2 (second half) testing)

Building a glass melter of the world’s highest performance

Past test results have confirmed that the new glass melter has a significantly improved flowability, greater capability of processing waste liquid and operates in enhanced stability. Data will be examined in more detail to make considerations toward adopting the new melter for actual use.
JNFL will continue to work on R&D for building a glass melter of the world’s highest performance, capable of operation in greater stability. 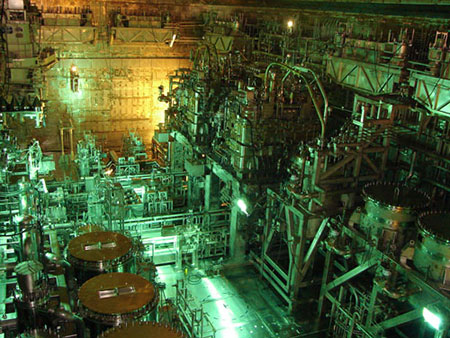 Chemically processing (reprocessing) nuclear fuel spent at a nuclear power plant generates uranium and plutonium, which can be reused as fuel for power generation, as well as liquid waste with a high level of radioactivity (high-level radioactive liquid waste). Vitrification technology combines the liquid waste with molten glass in a glass melter to produce vitrified waste contained in dedicated stainless steel containers (canister).