MOX fuel was first used in a thermal reactor in 1963. Since the 1980s, about 2,000 tons of MOX fuel has been fabricated and loaded into reactors (mostly PWR) for commercial use in Europe.
MOX fuel consists of about 7 to 10% plutonium mixed with reprocessed uranium, assuming that the plutonium has about two thirds fissile isotopes. Energy of MOX fuel is equivalent to 4% U-235 enriched uranium oxide fuel. The plutonium content of MOX fuel produced in JNFL’s MOX Fuel Fabrication Plant varies from around 4 to 9% depending on the design of the fuel. 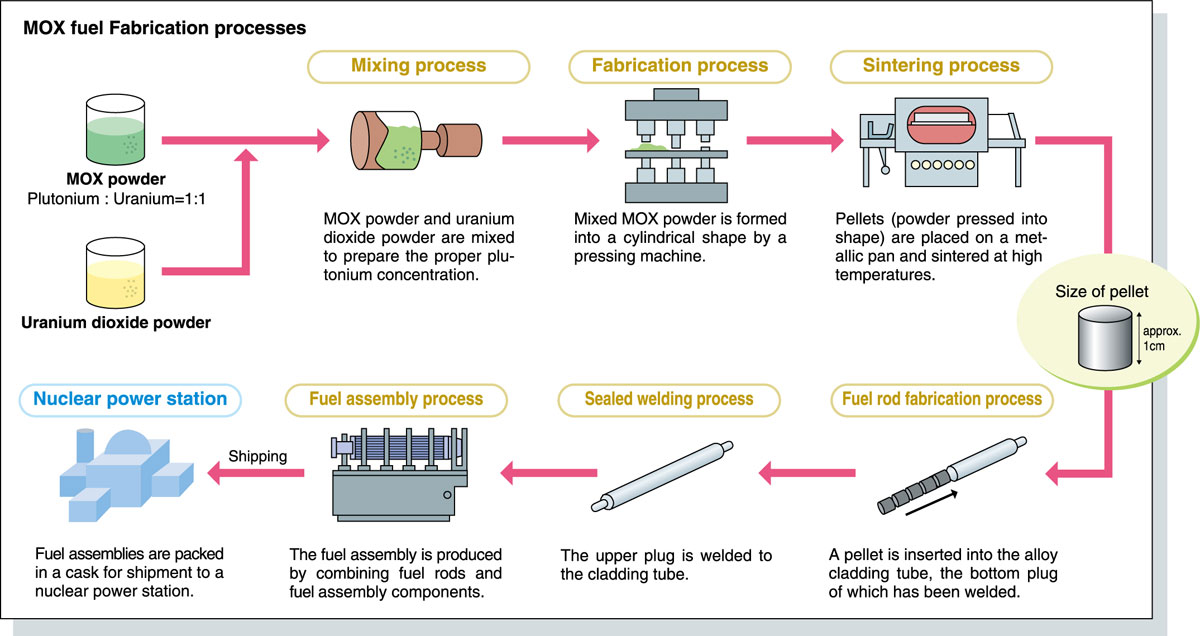 MOX Fuel Fabrication Plant, where safety will be given top priority, rigorous critical safety controls will be implemented. For instance, the dry process will be adopted for the production process from MOX powder to fuel assembly. Other major measures to assure safety are as follows:

These measures will be appropriately combined to realize the highest possible safety level. In addition, JNFL will introduce the same safety measures as those already implemented in our other businesses.

Construction works are scheduled to be completed in the first half of FY2024.